Growing up, identical twins Benjamin and Christopher Lam didn’t envision attending the same college, but the Cranston High School East seniors and College Crusaders are heading to Boston this fall after their early decision acceptance at Northeastern University.

Applying early decision, which is binding, was an easy choice for Chris. “I wanted to go to Northeastern, so I was like it’s my top choice; I might as well do early decision so I can hear back faster.”

Ben planned to apply early action, which is nonbinding but allows students to receive an early response, “but I missed the deadline,” he said with a laugh. “Our mom wanted us to go to that school specifically and said we should do early decision, so it was great that we both ended up getting in.”

Both grew up hearing their mom and aunt talk about the importance of attending college. “Our cousin went to Northeastern and it’s a really good school and I wanted to be in it,” Chris said.

“I personally wasn’t expecting to be in the same college as Chris,” said Ben. “We have similar interests, but I didn’t think there’d be a high chance that both of us would both get in. I had high hopes, though.”

Both said the College Crusade’s Honorific Program was the most helpful college preparation program to them because of the assistance College Admissions Coach Ana Almeida provided with the application process, sharing scholarship information and helping them create their CSS profiles, an online application to determine eligibility for non-federal financial aid.

Chris said Almeida helped with his personal statement by suggesting someone review it. “That was good because she gave me a lot of helpful hints to make it better,” he said.

“The College Crusade was definitely more helpful than what other students were doing,” said Ben.

Once their early decision applications were in, the waiting game began. “It was really stressful,” Ben said.

“I felt academically I was pretty good,” Chris said. “So I was very confident at first and once it got closer I got a little more nervous. I just started freaking out as it got closer.”

Even the way they learned their fate was a little nerve-wracking. “I was on Instagram and that’s how I found out the decisions were out. Then I told Ben about it and said let’s look together,” Chris said.

“We were going online to the status check,” Ben continued. “Chris and I both looked at it and it said, ‘Your decisions are in.’ Chris clicked the button and it said, ‘You’re in’ – and mine froze!”

Chris is interested in engineering, and Ben wants to study computer science. The two aren’t sure yet whether they will room together on campus this fall.

“I think it’s kind of undecided. People say we should be exploring and living with other roommates,” Chris said.

“But I already know how he lives and it’s definitely easier to adapt to it,” added Ben.

The two have participated in the same clubs – class council, math and science teams, tennis and the U.S. Army JROTC program – and are in all but two of the same classes this year. They both have straight A’s but still engage in the healthy competition they always have.

“I still compete with Chris about who has the better math score; he has a 99 and I have 97,” Ben said with a laugh.

They are attending school virtually this year after first attending hybrid before cases began to rise. Ben said he prefers attending in person, but it’s not the same as usual

“It was difficult to get around the building,” added Chris, because of the one-way traffic flow. “You might have to go all the way around to get to a classroom two doors down. Right now, I prefer virtual but typically I’d prefer in-person get to talk and interact with people.”

Both are hopeful they might get to experience a bit more of a typical end to their senior years. “I’m a little optimistic. I think we might be able to have a graduation and a prom, but I’m also being realistic,” said Chris.

“I’m optimistic but if not, I don’t think I would mind too much,” Ben said. “I’m looking ahead to fall now.” 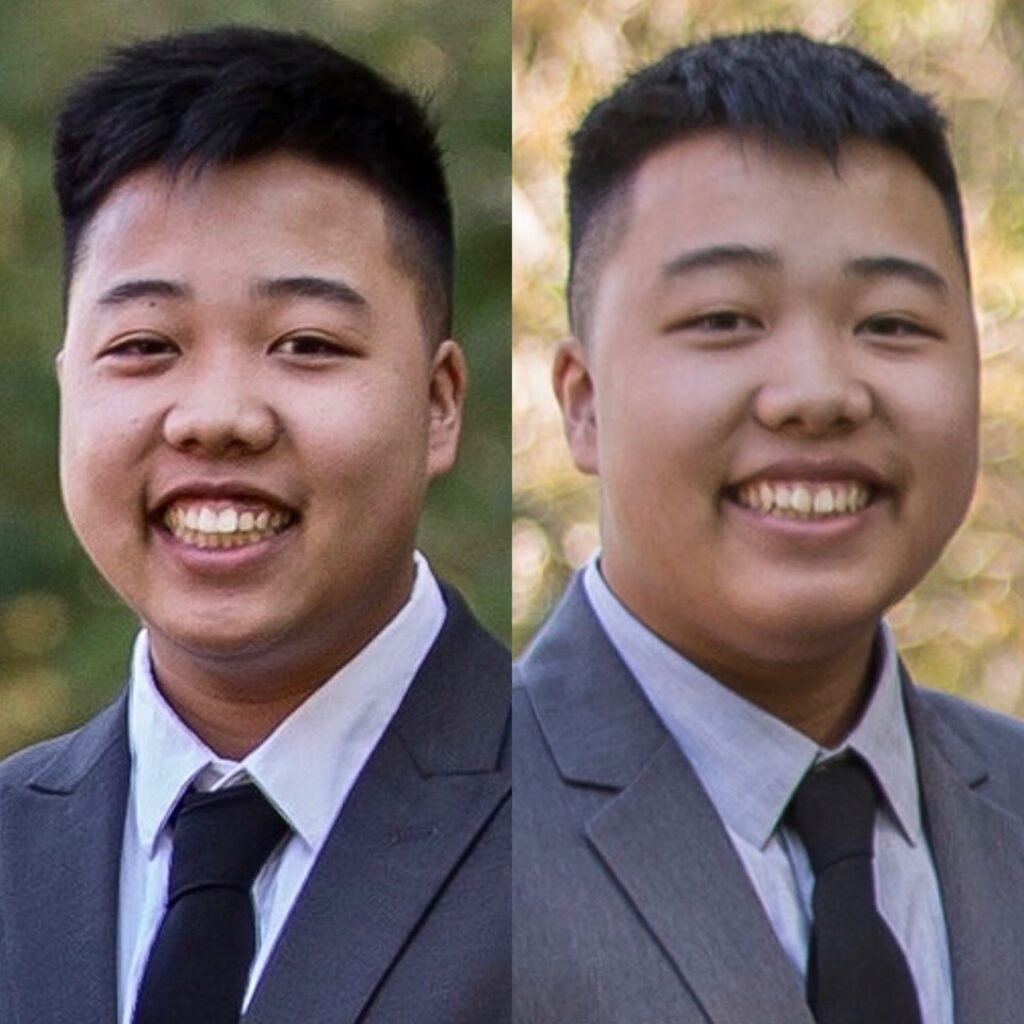